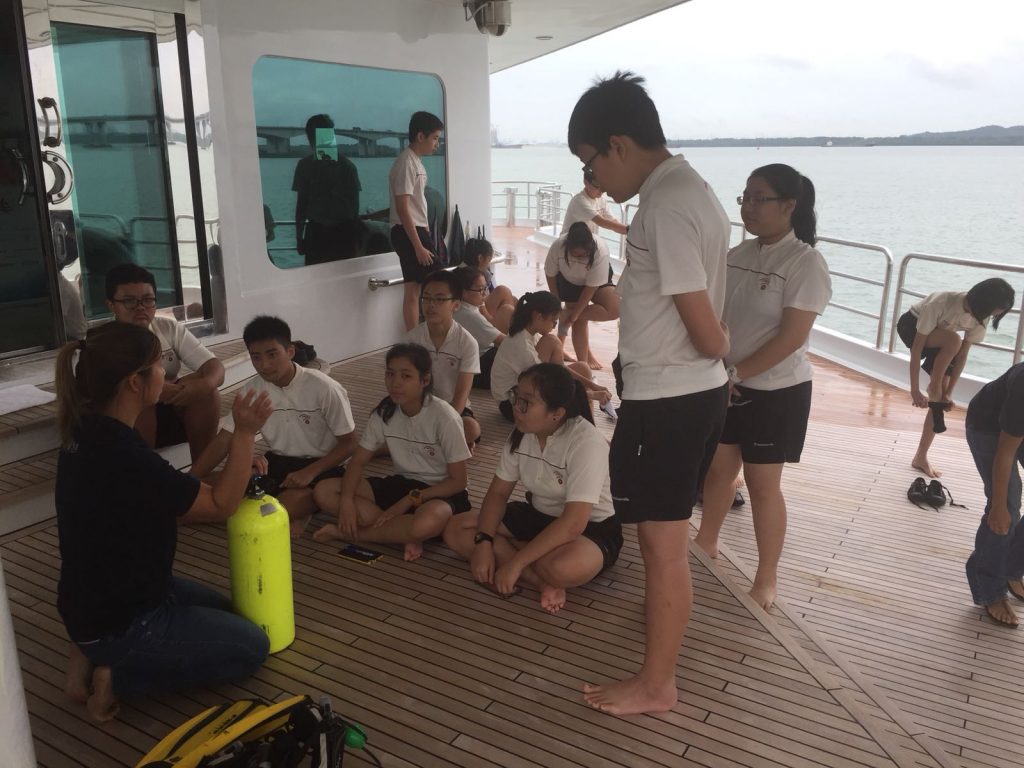 70 students from Compassvale Secondary School’s Environment Club attended SeaKeepers, Asia’s first educational outreach of the year on the 19th of January. The students attended a presentation titled “Introduction to Marine Science & Conservation,” which was given by Mr. Chua Sek Chuan, Senior Manager of Outreach and Education at St John’s Island National Marine Laboratory. After the presentation, the students had the opportunity to engage with Mr. Chuan and ask questions about marine science.

After the initial outreach, 20 students were invited to join a Floating Classroom that took place on the 2nd of February on board DISCOVERY Yacht Asean Lady. Marine biologists from the Tropical Marine Science Institute of the National University of Singapore gave a presentation on Singapore’s marine biodiversity and its current challenges. Students also learned about a successful research project that involved transplanting corals onto human-made structures attached to seawalls around the Singapore coastline. They learned that the project is proving to be conducive to encouraging marine life as well as reducing the impacts of coastal development and loss of marine biodiversity.