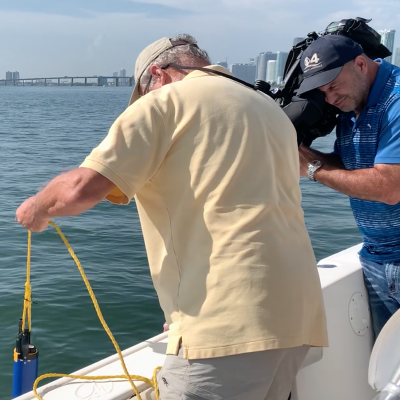 The purpose of this study is to monitor the quality of Biscayne Bay as it relates to harmful algal blooms. Due to factors like nutrient levels and dissolved oxygen concentrations being affected by high temperatures, and fuel intense toxic algae growth, it is important to keep an eye out for abnormal values and changes over time.

Last year, SeaKeepers helped Professor Chris Langdon collect various data such as temperature, pH, salinity, nutrients, chlorophyll and dissolved oxygen in response to the fish kill and toxic algal blooms in the Bay. The goal of returning to the Bay this year in May, June, and July was to establish a baseline before August and September when conditions would be the most likely to cause a repeat of the events in 2020. As predicted, a hypoxic fish kill did occur a few days before this outing, and recording data after the fact is important as well.

We were joined by media outlets CBS4 Miami, and the Miami Herald so they could document and report on the science behind this phenomenon. We were also accompanied by Miami Waterkeeper to assist in their patrol of the Bay to assess for any more dead fish in the area. Luckily, this year's event seems to have not been as severe, and all that was spotted were Biscayne Bay's resident bottlenose dolphins.

This research can provide baseline data for the environment and conditions surrounding toxic algal blooms so that they can be anticipated, planned for, and ultimately prevented.

Additionally, Dr. Langdon shares the results of this research with the Intro to Marine Biology class he teaches as well as with high school students in the Summer Scholars Program each summer adding an educational element to this project.

The goal of this expedition was to collect water quality information from various sites around Biscayne Bay to create a full picture of the current state of the Bay's health. 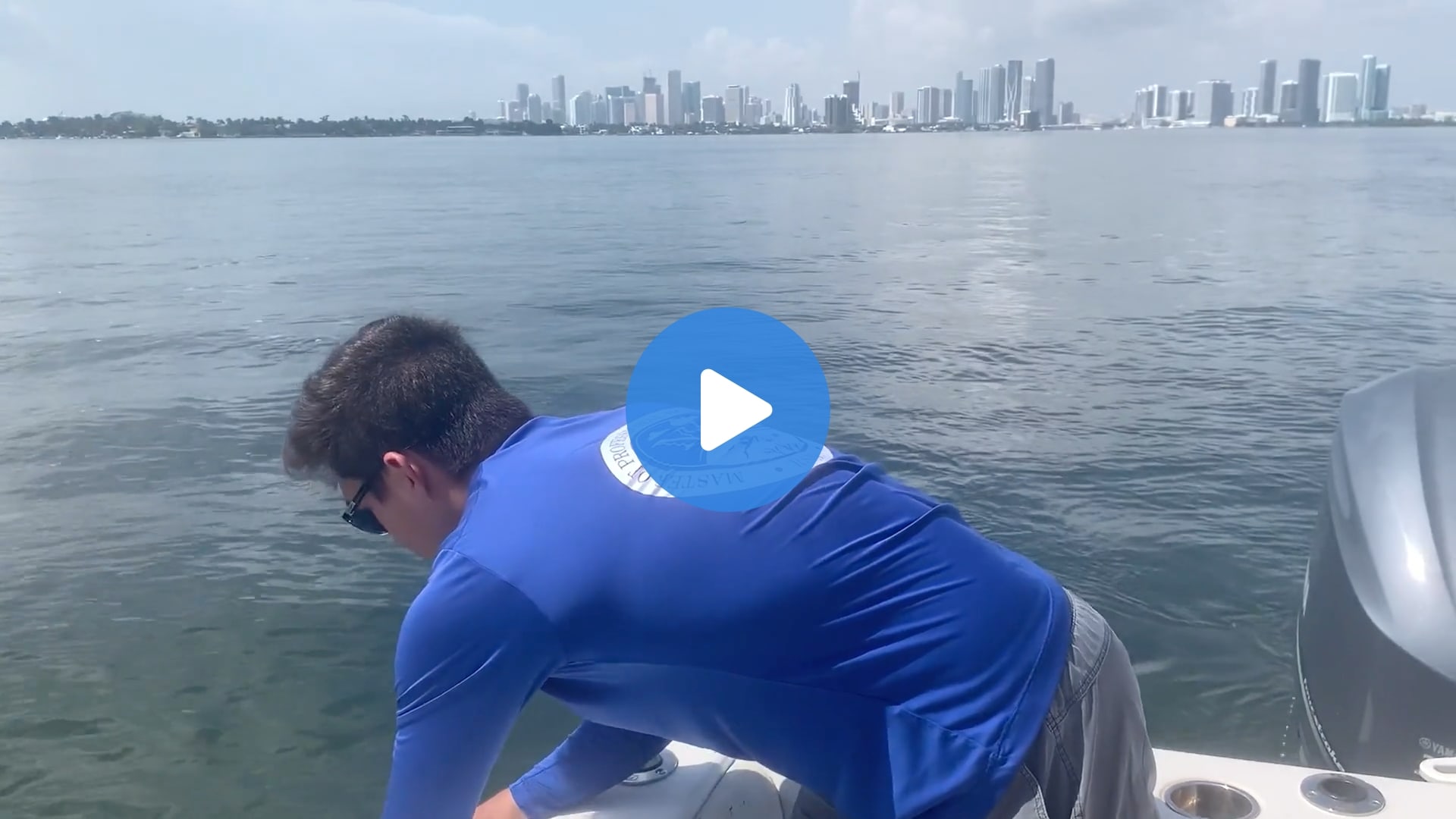