A global Citizen Science Initiative to map the world’s oceans by 2030.

The Nippon Foundation-GEBCO Seabed 2030 Project is a collaborative project between The Nippon Foundation and the General Bathymetric Chart of the Oceans (GEBCO). Launched at the United Nations Ocean Conference in 2017, the project coordinates and oversees the sourcing and compilation of bathymetric data through its five data centres into the freely-available GEBCO Grid, to produce the definitive map of the world ocean floor. Seabed 2030 is aligned with the UN’s Sustainable Development Goal #14 to conserve and sustainably use the oceans, seas and marine resources, as well as being a flagship programme of the Ocean Decade. Learn more, here.

Getting to know the ocean is the greatest mapping adventure of our times. Many underwater mountain ranges, volcanoes, canyons have yet to be discovered and named.

How to Participate as a DISCOVERY Yacht

Privately-owned vessels can participate in increasing our knowledge of the ocean by sharing depth measurements from navigation instruments while out at sea. Yachts explore the world’s oceans, often in areas where data is sparse, non-existent or of poor quality. These are exactly the places where contribution of global seafloor mapping efforts can have the greatest impact.

Crowdsourced bathymetry (CSB) is the collection of depth measurements from vessels, using standard navigation instruments, while engaged in routine maritime operations. CSB can be used to supplement the more rigorous and scientific bathymetric coverage done by hydrographic offices, industry, and researchers around the world.

This information can help identify uncharted features such as seamounts and canyons, verify charted information and help fill the spaces on charts where no data exists. Routinely measured parameters such as under keel depth and position can then be stored, uploaded, and contributed to local and global mapping initiatives. These contributions can also benefit navigational safety, detect unknown hazards, and aid other mariners and ocean scientists. Learn more, here. 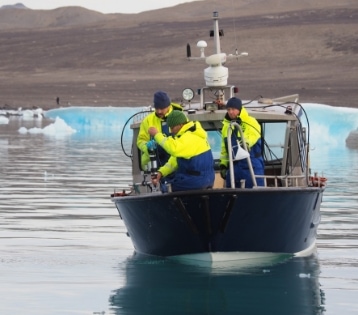 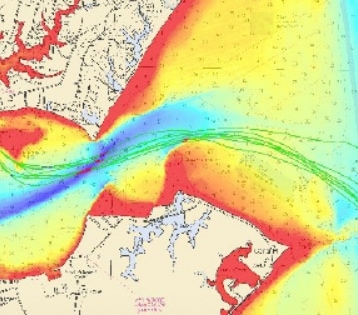 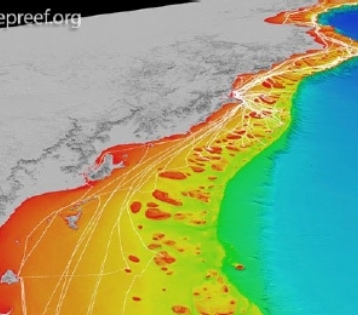 Further information about collecting or contributing data can be found at the IHO DCDB website (ngdc.noaa.gov/iho/), via the IHO B12 Guidance on CSB document (iho.int/en/bathymetric-publications) or by contacting representatives of the IHO CSB Working Group at [email protected].

Seabed 2030 is a collaborative project between The Nippon Foundation and GEBCO. GEBCO is a joint program of the International Hydrographic Organization (IHO) and the Intergovernmental Oceanographic Commission (IOC) and is the only organization with a mandate to map the entire ocean floor.

The IHO’s Data Center accepts CSB data contributions through organizations, companies or universities that serve as data aggregators and/or liaisons between mariners and the DCDB. Visit seabed2030.org or https://iho.int/en/communication-material to learn more about the Nippon Foundation-GEBCO Seabed 2030 project, which aims to bring together all available Bathymetric data to produce the definitive map of the world ocean floor by 2030.