Take the lead to reduce your carbon footprint.

Carbon pollution trapped in the earth’s atmosphere is altering the climate. Now comparable to a 10.5-foot blanket of pollution surrounding the earth, excess carbon is dangerously warming the planet as it traps the sun’s heat.

Driven by human activities, particularly fossil fuel burning, unprecedented levels of greenhouse gases such as carbon dioxide are being released into the atmosphere.

This heat-trapping pollution is already harming the environment and our communities. The effects of increased carbon pollution include warming seas, ocean acidification, altered ocean currents, changes in storm patterns, increase in precipitation and sea level rise. Many of these effects are already observable and causing environmental destruction.

While collective action on multiple levels is required to create any kind of meaningful impact, there are specific steps that every individual can take to reduce their contribution of carbon pollution to mitigate this climate crisis.

Your carbon footprint is the direct or indirect impact of your activities, from the amount of Carbon Dioxide (CO2) produced through the burning of fossil fuels. As a measure and calculation, it can indicate how your behaviors are contributing to the overall effects of carbon pollution in the atmosphere.

Our position is to first take the lead and encourage personal action to reduce your individual carbon footprint before looking to source offsets for those emissions reductions. We encourage boaters to create a new path forward by adopting best practices in Green Boating.

We are glad you have arrived here to learn more and begin by understanding how each of us is a contributor to the problem.

JOIN THE DY PROGRAMDONATE A VESSEL 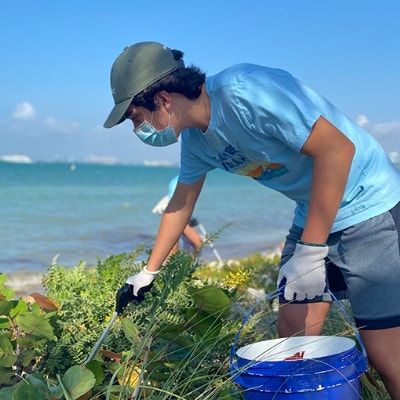 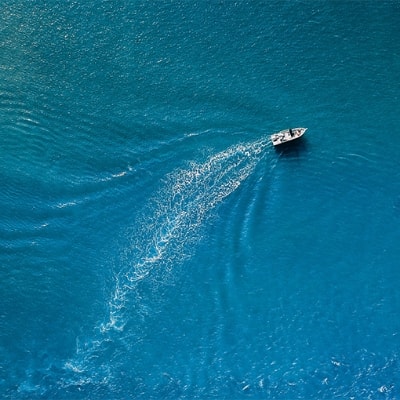 What Can Boaters Do? 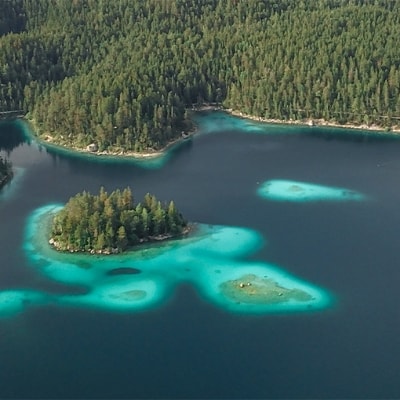 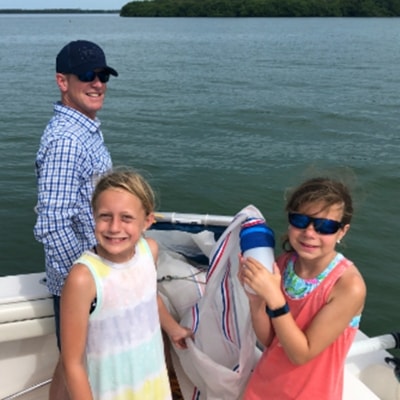 How Can You Help?

Start by considering your individual impact. How do you, your family, or your business produce excess carbon emissions? Using the tools and links provided on this page, make a plan to reduce your emissions and don’t be afraid to start small. By sharing your progress with friends, family and colleagues, you can increase your overall impact. Small actions, such as reducing single-use plastic usage or investing in renewable energy for your home, can have large impacts when we all work together.

When you have reduced your carbon impact and want to offset them completely, consider purchasing Carbon Offset Credits through a program like Sustainable Travel International (STI). This program works by funding projects that actively remove carbon from the atmosphere, such as planting carbon-removing trees or the creation of other carbon-sucking technology. For more information on Carbon Offset programs, see our Frequently Asked Questions (FAQs) below or download the Carbon Offset Guide.

Who is Taking the Lead?

Making a difference in our environmental impact is not just about changing our behaviors or community effort but also includes the use of new technologies and improved methodologies. In this section we highlight industry partners who are making strides in protecting our oceans through their innovations.

Yacht Sales International is a premier licensed and bonded yacht brokerage headquartered in Fort Lauderdale, Florida. They represent buyers and sellers of the finest motor yachts and powerboats available. Their incredible Greenline Hybrid is the powerful answer to the concern of the environment, as it uses up to four times less fossil fuel than a planning powerboat in similar conditions. Not only does this innovation reduce fuel consumption, but it also allows efficient electric propulsion using power supplied by the battery and solar power. Designed and built by people who know more about volume boat manufacture than anybody else in the world. Greenline Hybrid is more cost-effective to buy and use than any comparable boat, thereby offering incredible value for money. 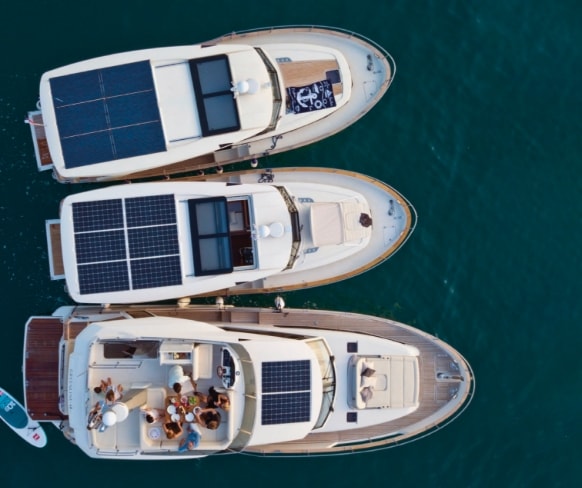 How Can You Support SeaKeepers Efforts? 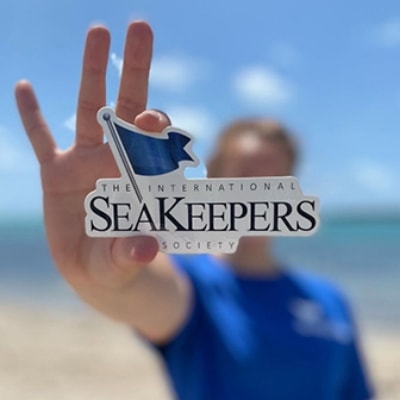 Neutralize your carbon footprint by becoming a SeaKeepers Member at our Carbon Offset Level of giving. 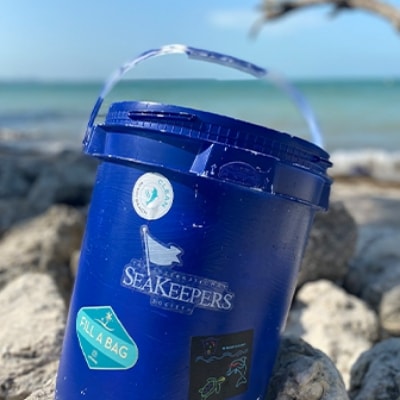 Support our local shoreline and underwater cleanups by funding our sustainable materials. 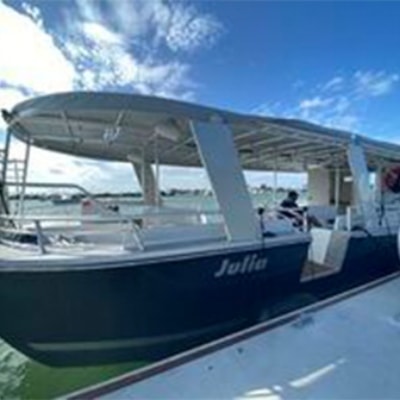 Integrate our Green Boating Guide tips and become a DISCOVERY Yacht in our fleet and support marine science. 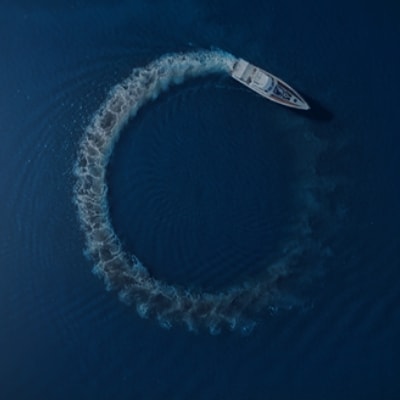 Help us fund our DISCOVERY Yacht Program and donate your vessel to our Yacht Donation Program.

Understanding It All | Carbon Offset FAQs

What is Climate Change?

By simple definition, Climate Change is a long-term change in the average weather patterns of the Earth’s local, regional, and global climates. Climate Change, which includes global warming, refers to the Earth’s rising surface temperature and the effects of warming that are happening to our planet.

Climate Change is primarily driven by human activities, particularly fossil fuel burning which increases heat-trapping greenhouse gas levels in the Earth’s atmosphere, acting as a blanket wrapped around the Earth. Since the industrial revolution, atmospheric carbon dioxide levels have risen dramatically as humans burn fossil fuels that release carbon dioxide gas. Heat from the sun is reflected off the world’s oceans and into Earth’s atmosphere, where the build-up of greenhouse gases, including carbon dioxide, prevent the heat’s escape.

For millennia prior to the 1900s, the atmosphere did not see carbon dioxide concentrations greater than 300 parts per million - now, levels are well over 400. The Earth’s temperature has risen about 2°F in response.

What is a Carbon Footprint?

Every day, our activities directly and indirectly result in the emission of greenhouse gases. Your “carbon footprint” refers to the amount of greenhouse gases, including carbon dioxide, that are likely produced from your lifestyle and activities. Greenhouse gases can be emitted through land clearance and the production and consumption of food, fuels, manufactured goods, materials, wood, roads, buildings, transportation, and other services. Carbon footprints are usually measured in equivalent tons of CO2.

How Do I Calculate My Carbon Footprint?

What is Carbon Offsetting and What Are Carbon Credits?

Carbon offsetting is the act of reducing carbon dioxide or other greenhouse gases to compensate for emissions that were produced elsewhere. Offsetting can be achieved by purchasing “carbon credits,” which fund certified climate action projects that reduce, remove, or avoid greenhouse gas emissions. By using a carbon footprint calculator, an individual or company can estimate the amount of carbon their activities release into the atmosphere and offset it through the purchase of carbon credits, effectively funding such carbon-reducing projects.

Many companies sell carbon credits that fund various projects, and therefore it is important to do your research into the projects being funded when selecting a carbon offset provider. There are several carbon offset providers that support the advancement of carbon reducing technology and research, effectively offsetting carbon for each carbon credit purchased. To learn more about how to ensure your carbon credits are being used effectively, read our “Criteria for the Evaluation of a Carbon Offset Provider” section below.

Offset providers act as aggregators and retailers between project developers and buyers. They provide a convenient way for consumers and businesses to access offset credits from a portfolio of projects.

It is often a good idea to work with someone who has a detailed understanding of the sectors or project types being considered, which in some cases could involve enlisting multiple experts. The goal is to utilize the services of consultants or trusted retailers to examine projects, navigate different options, and put together a portfolio of offset credits that meet a buyer’s goal (with respect to location, project type, offset quality, and co-benefits, for example).